Where to watch- Alt Balaji

Where to watch- Ullu app

Where to watch- Ullu app

Wife in a metro narrates the story of a lonely wife who is unsatisfied with her sexual life. Her husband doesn’t care much about her and she spends most of her time in solitude. Her life changes upside down when she gets into an extramarital affair with a romantic man. Things become troubling when she starts having feelings for the man. Wife in a metro is a rare erotic drama that tells a mature story and not just relies on sex and nudity to attract eyeballs. That being said, the show doesn’t come without graphic imagery and nudity. So it has a bit for everyone.

Where to watch- Alt Balaji 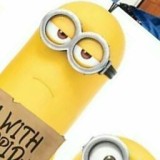